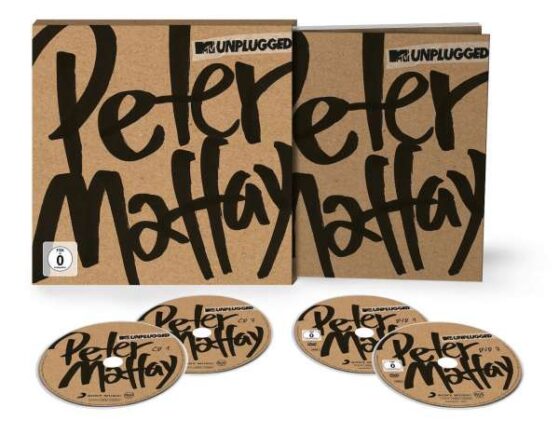 Benjamin Herman and me were invited by stadium producer JB Meyers to be German superstar Peter Maffay’s guest musicians on his upcoming  MTV Unplugged live-album in Halle, Germany.

Pardon? MTV Unplugged? From the legendary albums I have with George Michael, Maria Carey, Babyface,Eric Clapton Maxwell, Alecia Keys? With Peter Maffay, the one my mother used to have a crush on lightyears ago? Hell yes!

I toured in Germany many times, but this was my first time with a German band, and it was great to meet legendary german players Pascal Kravetz, Keller, Carl Carlton, Ken Taylor (London-Frankfurt) and Bertam engel, and hear their stories.

Peter himself is very kind, generous, gentle and perfectionistic, and he takes all the time he needs in order to make the song work. With al these everlasting cutting on budgets I was happy to be involved in such u professional production, taking some good old time to rehearse until it’s good! By the way: We Dutchies can learn from the Germans. They treat musicians like artists, not like amateurs, and there’s way more recognition for art and awareness of its social importance by the German people and their government.

Some people in the band even had a sense of humor, so  i’t won’t surprise you to hear I am seriously considering to move to Germany permanently.

We recorded the whole album live in a beautiful historical theatre in Halle, and I enjoyed to play the varied repertoire on different instruments while recorded live.

The album was a massive success, went straight to #1 in Germany, went multiple platinum  and we were invited to join Peter during the 7 week  Maffay MTV Unplugged tour, which was an absolute delight to me. Changing my status from jazz trumpet player into Stadium trumpet player for ever. Thanks for the ride Peter, I met many friends for life during the tour, and It was an absolute pleasure to be on tour with you, your wonderful crew and your band.