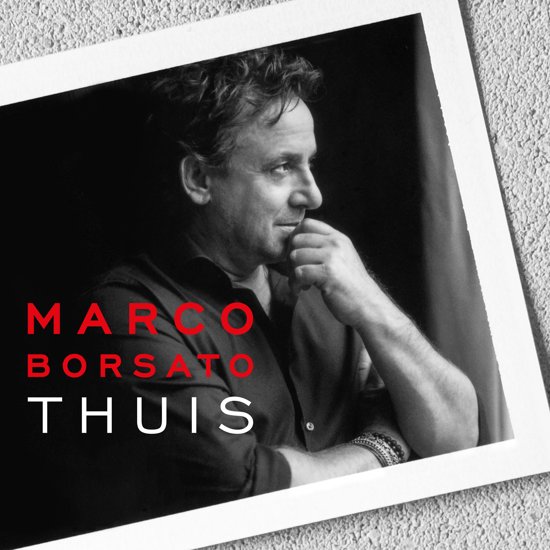 In 2002 I was invited by my dear friend Lodewijk van Gorp to come and see him with Marco’s show at the Feyenoord Stadium and I was completely blown away by their performance and the incredible musicians, so it was a huge honor to me after so many years to play in that band, together with Lodewijk this time!

Being invited with the Special Request Horns to join Marco and his great band was one thing, but being partly responsible for the band sound with my arrangements has been a bit of a dream come true to me. Not because of Marco’s immense popularity, I have never been sensitive to someone’s fame, and I actually hate the bullshit around the music. But there’s a rich drama and massiveness in his repertoire which, in combination with the great players and Marco’s fantastic singing, offers great opportunities for arranging that can only be used in his band. And think about the endless musical combinations with video and lights. And for the Symphonica in Rosso series we even have a whole orchestra available to write for.

Now about the record: After touring with the band for a couple of years it felt great to play on one of Marco’s record too, plus:  finally having an occasion to co-operate with John Ewbank as well.

I never told anyone, but somewhere between the many solos and compositions I used to analyze during my school time, there was a Ewbank original too.

When you receive someone’s Logic song, you got to see how someone actually works, (choices, copied parts, orchestration) and he already worked out many of the horn parts.

I added some ideas and optional voicings, and we recorded Wakker at Studio Arnold Mühren in Volendam.