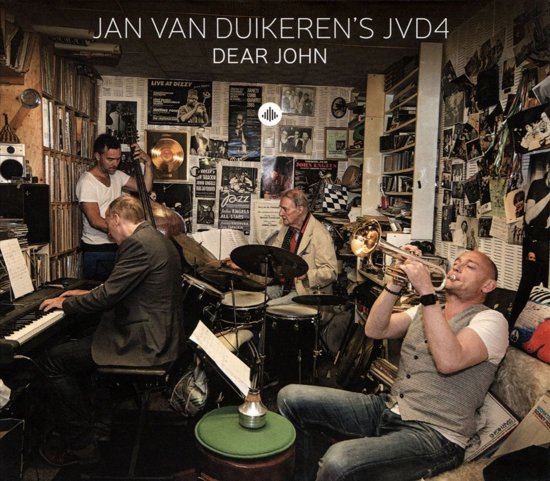 Every time we played, we kept playing and every time we talked we kept talking, so I decided to make an album with John Engels because I simply love his playing and positive energy.  I never noticed 40 years of age difference with John, actually: He kicks my ass every time again!

I asked the incomparable Aram Kersbergen and Karel Boehlee to join us, and our quartet was born! We recorded live at De Roode Bioscoop in Amsterdam. I decided to record outside a studio because John don’t like recording studios, it turned out to be a revelation, and now I prefer to record all my projects this way. No headphones, no click, just count off and play. So much more inspiring.,.. Only months before our recording session we already got invited to get the album released in Japan and play at the world famous Tokyo Jazz Festival and the Hiroshima art museum.

The name JvD4 was a Japanese idea: Better pronounceable…

After our last concert in Hiroshima we all had a drink at my favorite bar in Japan: Gouty Pao.  A cosy place where we used to end up with Candy’s band, but this time I was having a drink there with my own band, staring at the pictures taken during my previous visits. Priceless!