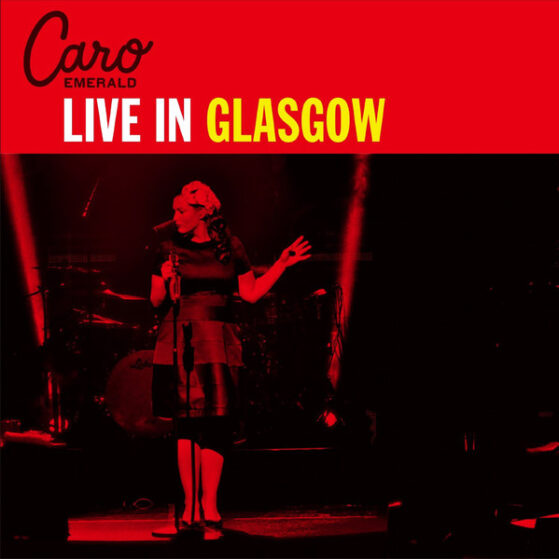 Caro Emeralds’s first album became a world wide success ( wow! ), so the producers suddenly needed a solid live band in order to be able to deliver on the many major festivals and live recordings that came along.  Zuco 103’s touring veteran and drummer Stefan Kruger was asked to put a band together, and not only he wanted our Special Request Horns to join him, he also wanted Louk to be in charge of the horn arrangements.

I absolutely enjoyed the many tours together with all these great musicians and off course Caro. There was always music in the sleeper-coach, and we were constantly busy writing, practicing, recording, drinking,  just being very productive, you know? We had  a Liverpool Running Club for Boys, a Club of Ancient Board Games, The Wiener Country Gentlemen and more, so there was simply no time to be bored.

When thinking about Live in Glasgow, I think about the countless festivals and many musical highlights together in that period, like the Jools Holland Show, BBC live in Hide Park, Umbria Jazz, Sziget and a great UK tour with the best catering you could imagine. just to name a few.

I’m also thinking about the fact that the many concerts created an even stronger musical bond between Louk Guido and me.