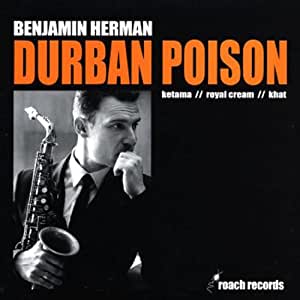 Benjamin has a special place in my heart. He’s a bit older than me so when he agreed with fellow trumpet buddy David Rockefeller to ask me to join the New Cool Collective big band  while still at school in the nineties, Benjamin already was a rising star. And man, I loved his playing, I still do, and he has always been an example to me. Ben is kind to most people, always interested and helpful towards young and talented colleagues, and never lost his curiosity and will to keep busy developing. I love that!

I learned a lot from him while sitting in for David with the small group, and many projects we did together turned out to be highlights in my career. Being in Paul Weller ’s band, touring with Dr. John and recording the MTV Unplugged album as soloists with Peter Maffay, just to name a few.

The two years with Weller were something else. The musical intensity, the energy and band atmosphere were out of this world, not to mention the epic parties, recording sessions and football matches. I still get a HUGE smile on my face while thinking about that tours and I do consider most of the band members, including Paul, Seamus, Steve and Damon as friends for life.

We recorded Durban poison somewhere in between the UK tours, and Damon Minchella, who used to be Paul’s bass player, is playing the bass.

Trombone player Jel Jongen asked me to join his all-star big band for a recording session with the great Paul Young. Such a treat to record a whole big band together with so many great players. Paul Young, (who turned out to be a very friendly person with a passion for cooking),  arrived in shorts and slippers, the airline company lost his luggage….